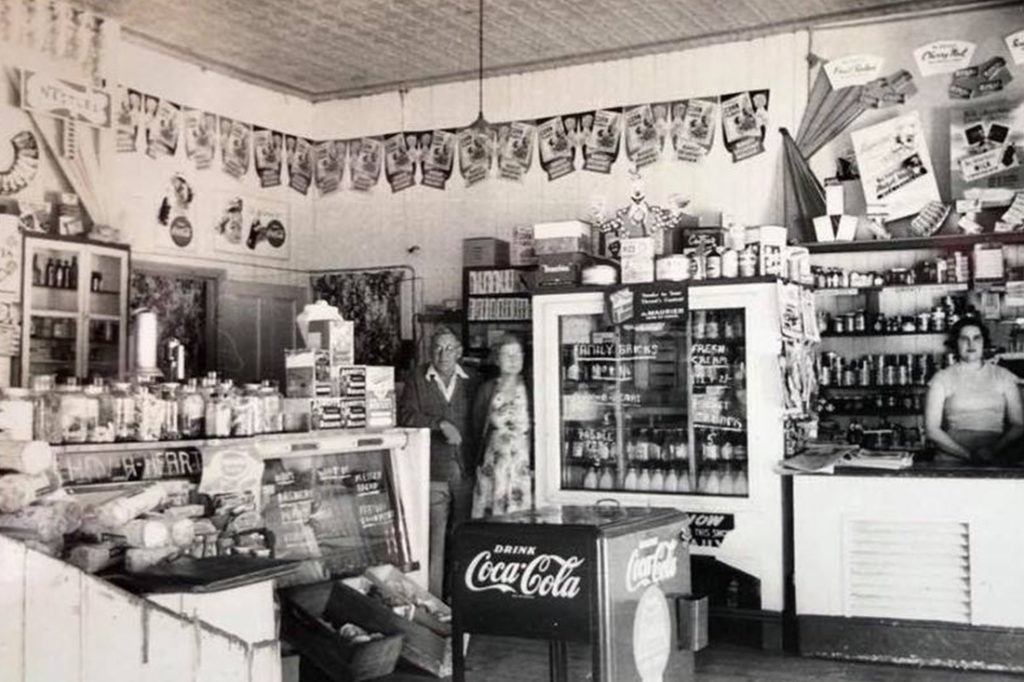 The retail industry has a remarkable history spanning more than 117 years. A history lasting longer than the Barbie Doll, the Jeep, and Superman. Without it, Americans wouldn’t have jobs, the economy would look vastly different and there would be so such thing as Black Friday and Holiday Shopping. In those 117 years, there were five distinct periods that propelled modern developments in shopping. By examining the past, we foresee a picture of our future.

Travel back to the 1900s to the birth of the retail industry. Before the days of e-commerce, Amazon Prime, and Walmart Pick Up, people were introduced to grocery stores, shopping carts, and brown paper bags. It was a time when the shopping experience was personalized and friendly.

Grocery stores in the 1900s kept all goods behind the counter. You would tell the storekeeper what you wanted and the employees would select and pack the items from the shelves. Because larger shops required more staffing, this increased pricing on goods and operational costs.

Piggly Wiggly was the first true supermarket opening in 1916 by Clarence Saunders. “Slay the demon of high prices” was his motivation behind this invention. For the first time in history, customers had the option to pick items from the shelves and load them into foldable baskets themselves. By 1932, the retail company had 2,660 stores across America.

Five years later, on June 4th 1937, the shopping cart was introduced in Oklahoma, by Sylvan Goldman in his Humpty Dumpty supermarket.

Before the invention of the automobile, shoppers brought what they could carry. By 1940, cars had become mainstream, thus revolutionizing the shopping experience. Patrons could buy more items, gather more bags, and drive even further to shop. Another pivotal moment was the invention and adoption of refrigerators, facilitating bulk purchases.

By the late 1940’s, groceries paved the way to general stores and department stores.

After individual department stores, came the introduction to suburban shopping malls. The Southdale Centre in Edina, Minnesota ushered in the age of car-bound consumerism in America in 1956. Many smaller merchants with specialty stores, such as butcher shops and green groceries, closed during this era.

This period saw the rise of superstores such as Wal-Mart, Target and Meijer. Meijer, credited with the superstore concept, opened their first store in 1962. As for Wal-Mart, post 40 years later, is the largest private employer and retailer in the world today.

Superstores shifted the shopping experience by being the one-stop-shop, allowing consumers to purchase items all in one location, such as toys, electronics, clothing, furniture, sporting goods, and automobile spare parts.

Before the 21st century, most retailers simply listed their products online. Buyers could know the prices before walking into a store. It was during this period that one of today’s most successful e-commerce story was born – Amazon. The birth of this online shopping haven led to the demise of traditional brick and mortar stores that started in the 1980s.

Now that we have seen the major shifts in retail, how does this shape our future? What can we expect for the future of retail? Expect the growth of multichannel commerce, the technological advancement involves selling beyond the website such as social media. Also expect the introduction to Mobile commerce, the ordering, and selling of goods with literally a click of a button.

As the saying goes, history repeats itself. The very beginnings of the shopper’s experience are returning. Once again, we are seeing grocery workers selecting items from the shelf for their consumers, but with a modern twist. Walmart Pickup, Amazon Prime Now, Target Drive Up; are mimicking the older corner stores. However, the current twists include ordering online and receiving those goods from employees at pick-up points or over the counter. We have come full circle.

From traveling to the first shopping experience to venturing into the current trends, there have been many milestones that have shaped and changed the retail industry. What milestone will bring the next change? The clues are in our past and present.