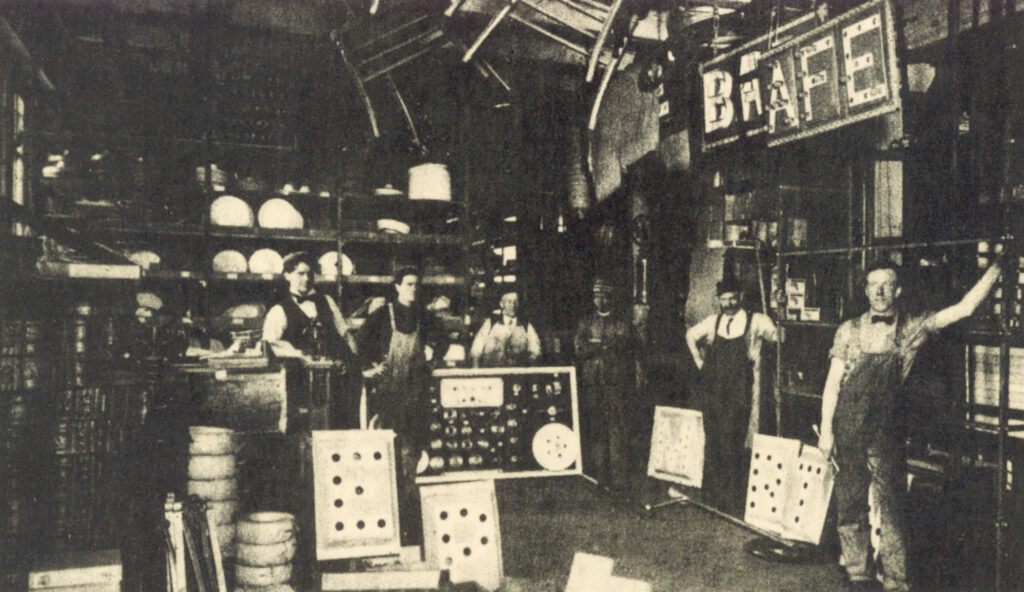 Federal Heath celebrates its historic 120th year in business on March 25, 2021. In the twelve decades since 1901, the company has grown from introducing the United States’ first electric-powered signs to becoming a trusted leader in all types of interior and exterior signage solutions, interior décor and design, specialty contracting services, and sign and lighting maintenance.

“We are here today because of our hardworking employees who do what’s right and deliver exceptional customer experience at every interaction, time after time,” said Sid Rasnick, President, and CEO. “Our people have always been at the core of our success, and it is through their knowledge and dedication that we’ve built our legacy and will continue to do so.”

The hard work began with founders John F. Gilchrist and John H. Goehst, who worked for a Chicago utility company. They saw the potential for boosting electrical demand with lighted signs and joined with James Gilchrist to found the Federal Electric Company in 1901. Their first lighted sign consisted of a porcelain enamel steel center that contained the advertising message, with illuminating lamps on each side.

With the initial success and overwhelming interest in their sign products, Federal expanded to other cities. The company incorporated in New York as Federal Sign Systems Electric in 1905 and began publicly trading stock. During World War I, it transitioned into various Federal Sign and Signal Corporation divisions to recognize the expansion of its product lines. The sign group eventually became Federal Sign, a division of Federal Signal Corporation.

Throughout the decade that followed, Federal diversified into other lines of business. Products created under the Federal name included vacuum cleaners, washing machines, fuses, electric meters, lanterns, transformers, and sirens. All the while, signage remained the cornerstone of the business, and with that came significant growth.

In 1948, Wayne Heath founded Heath and Company in Los Angeles. Wayne was an innovative designer by trade, and his ability to create and build uniquely eye-catching signs paved the way for substantial growth for both products and operations. By the end of the century, Heath and Company had plants and offices capable of large-scale production and installation throughout the country. Meanwhile, Federal Sign acquired several smaller companies, building its national footprint and managing extensive custom projects.

Federal Heath has continued to make acquisitions to expand and strengthen the business since then, including Zimmerman Sign, Sign Strut Milwaukee, Duracolor, and Advance Graphic Systems. Digital signage has become an essential part of the business, as well as extensive services related to interior décor and design, large format graphics, specialty contracting for building or conversions, sign and lighting maintenance, and total project management. Covering the spectrum of critical needs has positioned Federal Heath as a trusted resource for even the most complex programs.

More than 600 employees serve today’s Federal Heath customers at six manufacturing facilities and more than 20 offices from coast to coast. “We want to be sure to take this moment to honor all of our employees, customers, and suppliers who have been such a huge part of our success over these many years,” said Rasnick. “Our growth, innovation, and unwavering dedication to building quality products and services aligns with our core purpose – helping companies connect and engage with their customers. As we celebrate this distinguished accomplishment that so few others have achieved, we look forward in anticipation and eagerness to our continued, successful future together.”

For a timeline of key events in Federal Heath’s history, and photographs of projects through the years, please visit www.federalheath.com/timeline