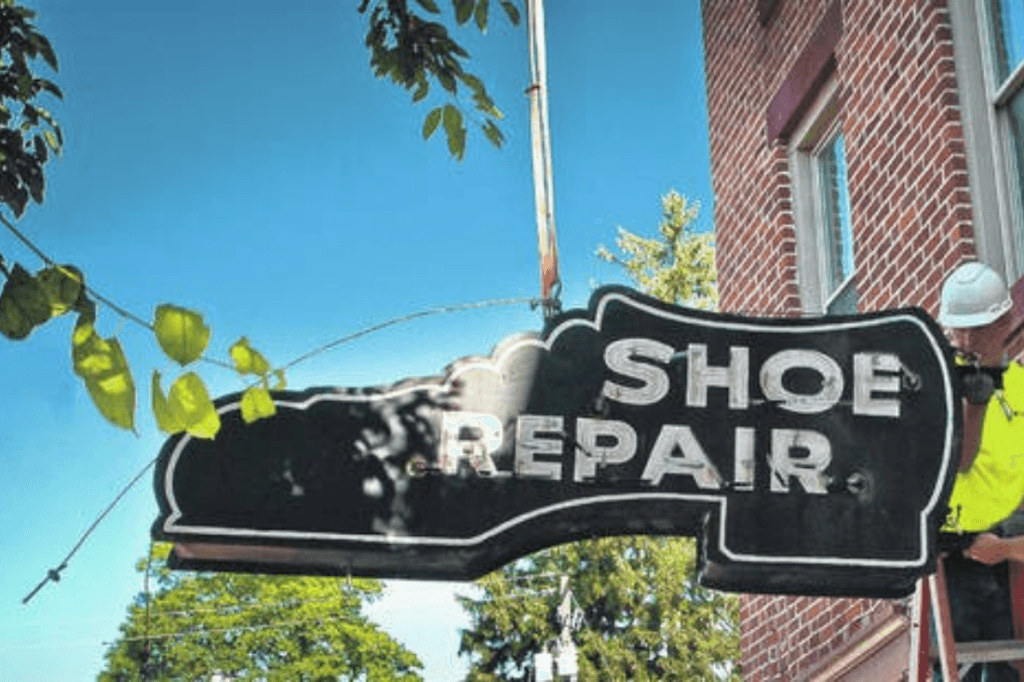 After 50 years in business in Delaware, Ohio, Ralph Martin walked away from his Martin Shoe Repair shop to enjoy his retirement and maybe do a little fishing. He turned off his sign for the last time on April 30.

That iconic neon, shoe-shaped sign has been perched on the side of the building marking the entrance at 28 W. Winter Street since the beginning. When antiques dealer Jeff Reinhard saw that the sign was up for auction, he had to have it. Reinhard, who has several booths at Sundusky Street Antiques, says he loves history, signs, and advertising. He said as he learned more about the sign and its history — it spoke to him.

After purchasing the sign, Reinhard reached out to  Federal Heath’s nearby Delaware office to remove it. Kinsey Irwin, Operations Supervisor at Federal Heath, managed the project, contracting Litech Lighting to remove the sign with the gentle attention to detail that its history deserved. Removing such an old sign, especially one with neon tubing, can be a bit tricky. There’s also the matter of structural integrity to consider for a sign that’s been in place for so long. The operation was a success.

After it was removed, Jeff sat down for a photo next to what he says is the most expensive sign he’s ever owned. The sign will be on display for a time at Sandusky Street Antiques, but Reinhard says he will eventually sell it as there are many interested buyers. Given his love for the sign, our bet is he won’t. Either way, it’s nice to hear stories like this about people who love signs as much as we do.