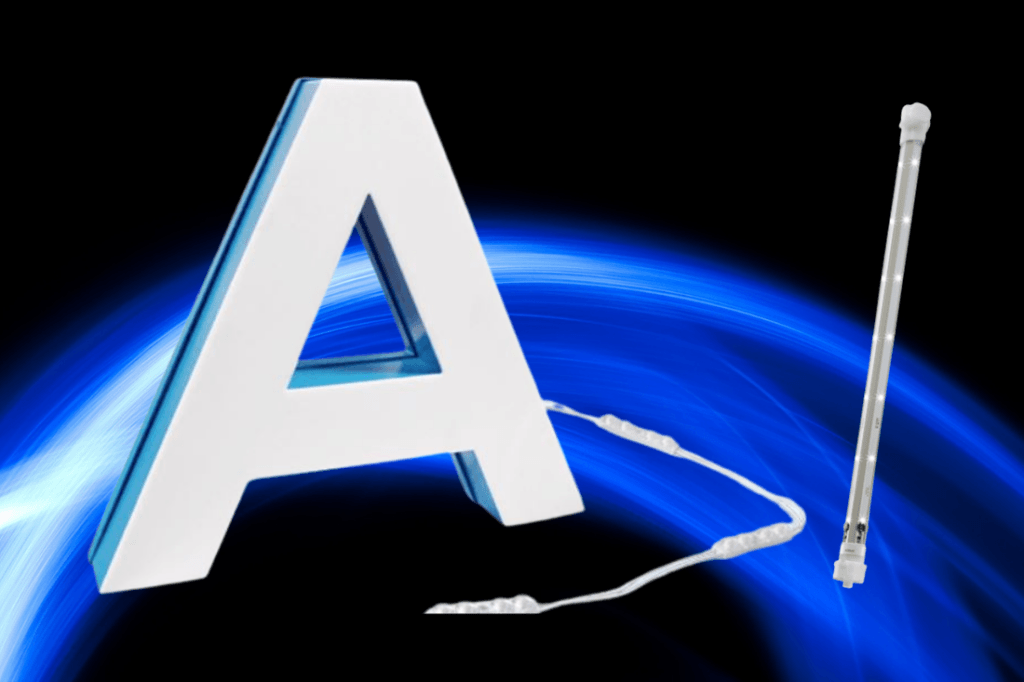 There’s no doubt that your sign is the face of your business. Without one, your business is pretty much invisible. As an expensive capital investment, it’s essential to maintain your sign so that it lasts for years to come.

If you have older, fluorescent T12-style lamps in your sign, you can reap many benefits by retrofitting them to LEDs. Let’s dig deeper into using LEDs for signage, including the steps involved in a retrofit.

LEDs have an operating cost that is 50 percent less expensive than alternative lighting. A single fluorescent lamp will operate between 32-40 watts, whereas an LED runs on approximately 12-18 watts. While this may not seem significant, the cost to operate a fluorescent lamp versus an LED is about twice as much, which adds up over time. High-quality LEDs are also highly efficient, converting at least 80 percent of energy into light, resulting in less heat, more light, and reduced operating costs.

Out of every type of illumination available for signs, LED lighting is the true champion for performance and longevity, definitively lasting longer than any other bulb, including neon. Because LEDs have no filaments that can burn out, their average lifespan averages 50,000 hours compared to a fluorescent bulb’s range of only 6,000 to 8,000 hours. LEDs also contain no moving parts, filaments, or fragile, breakable glass, equating to less maintenance and lower costs overall.

Unlike fluorescent lamps, LEDs don’t typically burn out. They become dimmer over time, so your sign will stay illuminated longer. When a fluorescent lamp goes out on a sign, it’s noticeable, whereas the loss of one LED module is not. What’s more, LED lights do not falter in lower temperatures. On the other hand, fluorescent lamps can lose up to 50% of their light output in colder weather.

It’s not as complicated as you might think, and it’s common to complete a retrofit in under one day with little to no disruption to your business. Many fluorescent signs use a T12 lamp that is easily swappable with LED light sticks. In short, the lamps inside your signs are usually compatible with LED retrofitting. The same is true for channel letters.

Step By Step – What to Expect

Of course, no two signs are alike; however, the retrofit process is pretty straightforward. Utilizing existing lamp sockets and installing stick-style LED lighting significantly reduces the labor time when converting your sign to LEDs.

Sounds simple? It isn’t as difficult as you might think, especially if you hire an experienced sign company that is keenly familiar with retrofitting signs.

Something you should consider while retrofitting is a face replacement. What condition are your sign faces in? If they are cracked, worn, peeling or faded, it would be wise to have them replaced at the same time. Even new LEDs won’t make old faces look good.

If you have questions about converting your signs to LED, talk to your sign company. They can provide you with LED lighting options and pricing to help you make an informed decision.