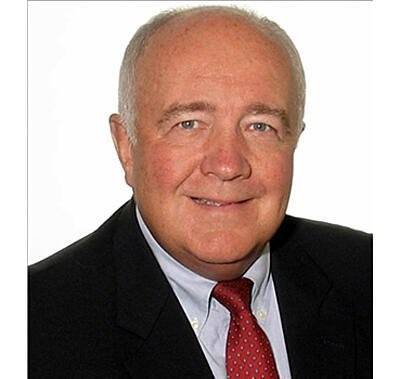 Kevin Stotmeister, former president and CEO of Federal Heath, has been named the recipient of the 2020 Kirk L. Brimley Distinguished Service Award. The International Sign Association presents the award each year to a leader who has made significant contributions to the sign, graphics and visual communications industry.

Stotmeister, who retired in January after 40 years at Federal Heath, was honored for his work on the ISA board of directors and the California Sign Association board of directors. He also served on ISA’s national sign company division committee, as chairman of the government relations and statistics committees, and as a member of the international committee. More broadly for the industry, he served as a member of the editorial advisory board for Signs of the Times magazine.

During his time on the ISA board of directors, the organization changed its name from the National Electric Sign Association (NESA) to the International Sign Association. “A lot of time and discussion went into that decision,” he said. “It spoke of the vision that we had in really expanding what we were doing as an organization.”

Stotmeister’s volunteer and civic efforts extend beyond the industry, serving the City of Oceanside, Calif., as a commissioner and as past chair of the city’s economic development commission. He also served in roles with the local public television station, school district and a hospital foundation.

After his retirement, Stotmeister and his wife, Ellen, moved to Texas to be closer to their two married daughters and their families. There, his service continues, with the Colleyville Lions Club and the Colleyville Executive Organization.

Stotmeister joined the sign, graphics and visual communications industry in 1980, after eight years on active duty as an officer with the US Navy Civil Engineer Corps. He was drawn into the industry because of the “variety of the work,” he said. “Every day it seemed like it was different. The variety kept it exciting and made it fun to come to work. If it’s not fun, you shouldn’t be doing it.”

He began at Federal Sign (as it was then known) as an engineering manager based in the Chicago area. After several regional promotions, he was promoted to vice president in 1988 and later president. When Federal Sign and Heath Sign merged in 2003, Stotmeister was named CEO. During his time leading Federal Heath, the company evolved into one of the largest national sign companies. “We were always one of the largest companies in the industry,” he said. “But in the early 1990s, we really developed into a national sign company, as opposed to a big company with a lot of offices. We changed our strategic focus. That was hard to do and we did it very successfully. It’s gratifying to have been part of that.”

Receiving the Kirk L. Brimley Award Distinguished Service Award is “very meaningful,” Stotmeister said. “It was Kirk who got me involved with the government relations side of ISA. It’s been several years since I was on the board at ISA or even serving on the committees. To be recognized by the premier association in our industry is very, very humbling.”