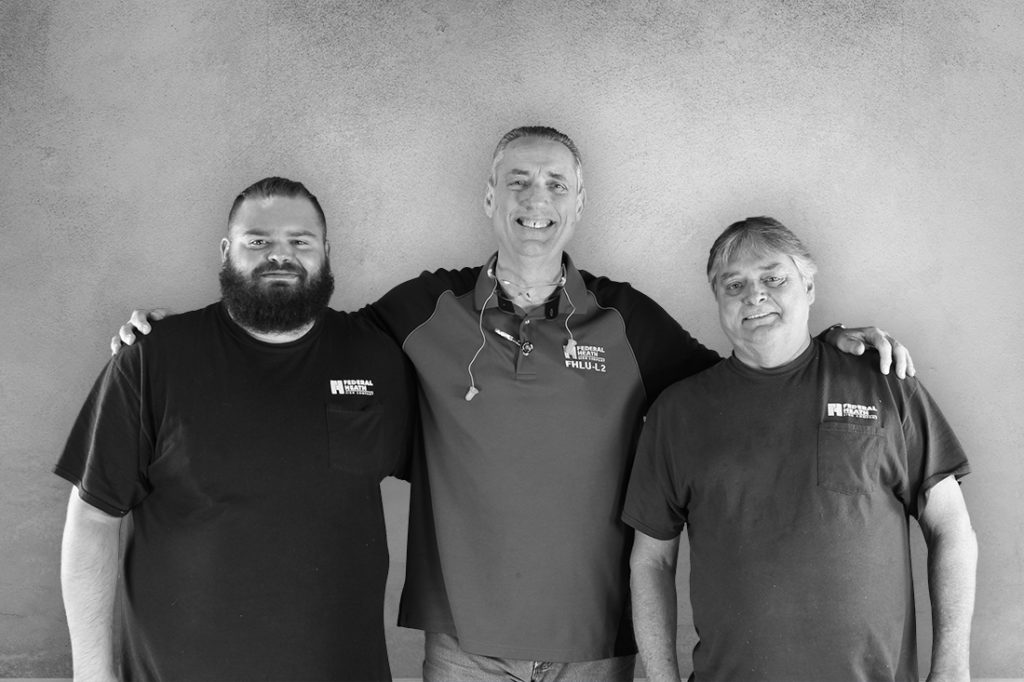 You may already know about Federal Heath’s national reach, with five manufacturing plants and more than 20 offices and service centers. That’s the physical structure we’ve built since 1901, making us the leader in creating hassle-free signage solutions every day.

But something else we’ve built is what brings life to that large public structure: a healthy cultural neighborhood. Three characteristics attest to life inside our walls, where high-performing people handle your project with neighborly care.

I joined Federal Heath this year after decades in a family business, and I have a dozen grandchildren of my own. I know what family feels like. Within a few minutes at Federal Heath headquarters, I could feel the family.

Maybe that explains why nearly a fourth of our large workforce has worked here longer than 20 years. It can be like a neighborhood where people come and stay, willing to stand on the lawn and talk a while. That investment in community expedites efficient teamwork down the road, which helps us keep our eyes on meeting corporate goals. As I told our President and CEO, “This place reminds me of a family business instead of the big place it is.” It’s a big place – an important place to work – but you can still talk to anybody.

I was discussing something with a project manager in another office when company culture came up. With no mention of family on my part, he volunteered, “I consider the people here to be like brothers and sisters. There’s empowerment here. If something doesn’t seem right, we’re able to talk about it.” That’s from someone who’s been at Federal Heath for 28 years. It feels like family.

lt’s one thing to feel like family, but I was surprised to discover some cases where employees actually shared a real family connection here, as well.

Jody Graham sits across from me. It turns out his father, Gerald, worked here too, before retiring earlier this year. Jody was born a month before Gerald joined the company, little knowing they would someday carpool to the same office. “I still called him Pop at work,” Jody said. “I just couldn’t call him by his name. That would just be weird.” Otherwise they generally left work at work and home at home, except on road trips. “My mom had the worst of it,” Jody recalled. Gerald made a habit of pointing to signs and saying, “I worked on that one.” Later, their son started doing the same thing. I found out that one employee in Euless has a brother working in our Delaware location. One union steward’s father retired from here. Another employee’s son joined the company not long ago. The neighborhood seems to be one where families feel comfortable inviting people they know to move in, even though it’s a big place.

Zack Smith is the latest Federal Heath employee from the Smith family. Years ago his father, Rex, was contacted by Rex’s brother, Terry, about an opening here. Terry himself had been recruited by his uncle. Zack joined the team eight years ago and marked the exact date, Oct. 10, on his toolbox. Now Rex and Zack make a long commute together, Rex driving in and Zack driving home. “He’s a great kid!” Rex boasted. When he’s not at Federal Heath, Zack is bass player in Days Like This, currently mixing their new album. Music also runs in his family.

I ran into Lean methodology many years ago. Lean means creating more value for customers with fewer resources, with a daily commitment to continuously improving key processes in the plant and office. Lean doesn’t work unless people work together to see processes from all sides, then communicate with respect. Federal Heath has made Lean work well nationwide because it works best when people think like a neighborhood – a high-performance neighborhood. Customers and employees all benefit together.

Neighborhoods also look to long-term interests. That’s why Federal Heath has been committed to sustainable practices, because we know that our neighborhood extends far beyond our walls.